“God is ever bringing good to us, never evil. He goes before us and scatters the furrows full of seeds — seeds of light. It is not visible light that He scatters, but dull seeds, carrying hidden in them the secret of light. Then by and by, as we come after Him, the light in the seeds breaks forth, just at the right time. And our way is made bright. There is not a single dark spot in all our path, if only we are living righteously. There are places which seem dark as we approach them. We are afraid, and ask, ‘How can I ever get through that point of gloom?’ But when we come to it, the light shines out and it is radiant as day.”
~ J.R. Miller (1840-1912)

Some of you who follow me on Facebook may have seen a few cryptic comments here and there this past week about tough days. I sometimes feel that I’ve turned into quite a whiner lately, but . . . wow, this week has been hard!

For those of you who like details about our life, I’ll share them below. Those who don’t want so many details, feel free to just skim (or skip over). There are a lot, and these are just the most critical moments and don’t include things like dead car batteries, and sudden broken toilets. 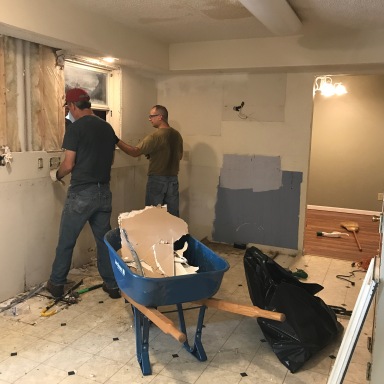 Demo team at work — before the dog bite

Roslyn, waiting for her eye exam and the news that she will need glasses now. 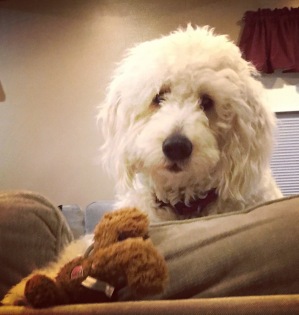 Isabelle in her fancy tea dress, shoes, and tiara 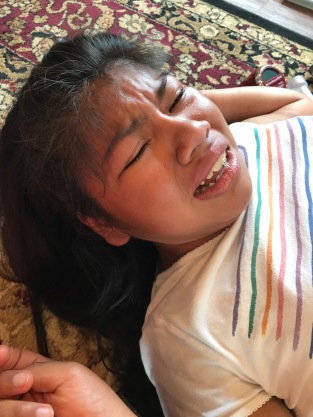 And it’s Father’s Day. (Happy Father’s Day to Scott, the most incredible father I’ve ever known!)

And it’s Scott’s and my 40th wedding anniversary.

We could never have predicted this life that day as our eyes locked during my walk down the aisle on my dad’s arm. Wow!

Some of our adult kids surprised us by renting, months ago, a Hocking Hills cabin for us for a few days away again. The events of this past week caused us to seriously consider cancelling our plans for this getaway.

But this was a gift sacrificially given, and the money is all non-refundable. In the end, they have convinced us to go ahead with our plans and leave them here with the almost unbearable and unpredictable challenges presented by Murray, Kathryn’s very up-and-down days, and the construction going on right in the middle of our living space.

We are a little bit afraid that we won’t be able to mentally and emotionally leave all of these stressors behind and that the money and the time away from our kids will be wasted. But we are going to try.

We know that each thing that happened during this past week was, as Miller said above, a seed — a seed scattered by the hand of God. Each of these seeds has hidden inside of it a secret, not-yet-visible light. And if we need to see it, then at just the right time, God will make this light visible to us, and the confusion and seeming chaos will all make sense. But if He chooses not to reveal these things to us, that doesn’t make them any less right and good and sent-with-love. We can trust Him with every detail of our lives, even in the darkness.

We recognize that this gift from our kids is actually a gift from our Father who loves us and promises to care for us and give us the strength to carry on each day, and we are packing our van and driving away this morning for a few days alone together. As we drive away, we will be asking Him to keep everyone safe and everything calm here at home, to enable us to leave it all in His hands, and to focus on our time together as we reflect on the incredible journey He started even before that summer day in 1977 when the two of us pledged our hearts and lives to each other forever.

Would you join us in praying for these things, too? 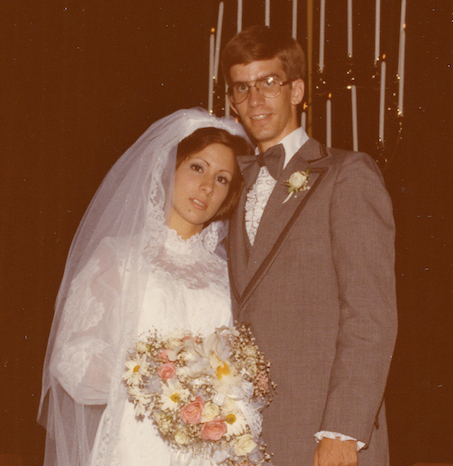 Such babies, so in love, so blissfully ignorant of the wild ride ahead of us. I would do it again without even stopping to think.