We are home. We’ve been home for a week now. And although I know it seems like we’ve been whining an awful lot lately, we will be honest and say that we are really struggling still.

Most of our unpacking is done, thanks to our incredible teens and pre-teens. And the Rosenow House Project team did finish our kitchen! We have moved fully into it and out of our old one. There are absolutely no words to describe what the gift of this kitchen has meant to us. It’s incredible! It’s far beyond anything I ever even dreamed it would be. The difference in our ability to function for meals and anything kitchen-related is astounding. Scott and I have cried so many tears over the beauty of this gift and the love for our family that it represents. And it has been such a bright spot in the middle of an otherwise very dark time.

In trying to explain a bit about what Scott’s going through, we want to stress that this is absolutely not the norm for proton beam therapy. We have communicated with  many who have been through this and they have all completed treatment with very mild side effects or none at all. The men who went through proton at the same time as Scott are back to normal and moving on with their lives while they wait for confirmation that the treatment has killed their cancer. The kind of reaction Scott is having is actually almost unheard of with proton treatment, and Scott’s radiology oncologist told us in a phone conversation today that Scott is the only one of his more-than-600 patients to ever have this happen two-weeks post-treatment. That’s less than one-half of one percent!

There have certainly been times when we have given in to the temptation to ask “why the man with nineteen kids who need him so much?!?!” But in our hearts, we truly do believe that God is writing our story with strokes of love and perfection, even when it doesn’t feel or look that way to us. That’s why the quote at the beginning of this update touched my heart so much when I came across it during my quiet time this morning. It’s impossible to cope with God’s dealings in our lives, especially in a joyful way, if we lose sight of His deep love for us. All of you continue to serve as great and tangible reminders of that love as we march onward.

So where are we now and what does this mean for our family? Scott is in pretty much constant pain; sometimes it gets better during the daytime, but nights are always brutal. This is mostly all related to his bladder and urinary tract. It’s much like having a severe and untreated urinary tract infection over a long period of time. As I said, it gets worse at night, and his bladder sometimes actually just quits working at all, although his body continues to fill it. During the middle of the night just before we left Knoxville, he was in more pain than I’ve ever seen him experience, and I knew it was so severe that I couldn’t get him to the hospital on my own. I was in the process of calling 911 when things finally began to let up for him, and we were able to avoid the trip to the hospital. He had a terrible night, but it was no longer an emergency. This has been his life for about four weeks now, although it’s only been that severe a couple of other times.

We are both functioning on very little sleep, and his oncologist told us today that with such severe inflammation, we shouldn’t expect any improvement at all (None!) for at least another 2-4 weeks. It is his hope that things will begin to slowly turn around at that time. This was really discouraging to hear. The doctor does, however, feel fully confident that this will all return to normal eventually. No one knows how long this will take, so we are just focusing on one day at a time, asking God to keep teaching us and helping us see His fingerprints all around us.

These challenges continue to be even more difficult because Nathan, who is about nine weeks post-op now, and whose leg is still very, very slowly healing, is still confined to a sitting position at least 90% of the day. Additionally, Stephen, one of our biggest helpers, sprained his ankle on Thursday while playing Frisbee in the backyard, so that has us down one more big person.

Roslyn has a huge bladder reconstruction surgery scheduled for September 13, and we won’t be able to tackle that if Scott’s not healthy and whole again by then. So we have taken some steps to simplify our life as much as possible for the next few months while Scott’s body heals.

There really isn’t anything in the daily running of our family that anyone can help with, but if anyone is interested in being available to help with errands, please send us an email, and we will contact you anytime we need help to see if you are available.

God loves us more than we can possibly ever imagine. We know this is true, and Scripture is always there to remind us of this truth. He is doing something beautiful in the midst of this tough time. We will continue to remind each other of this truth when we become discouraged. 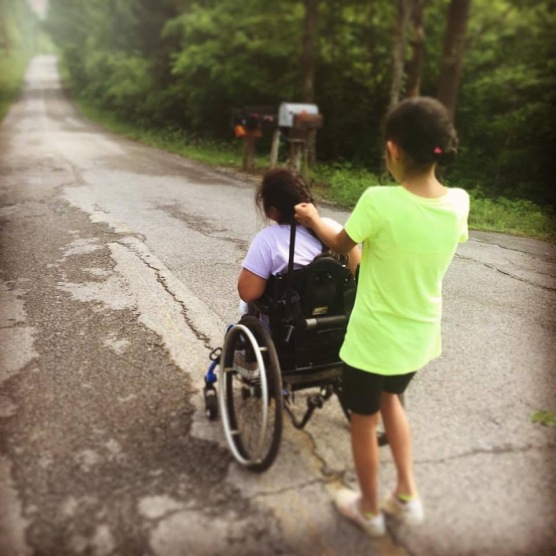 One last walk on our country road 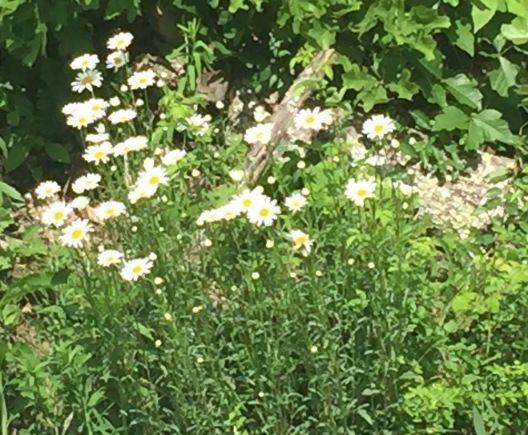 Will miss seeing these everywhere 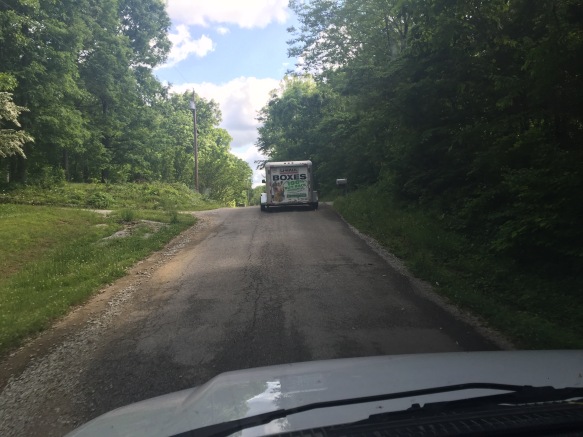 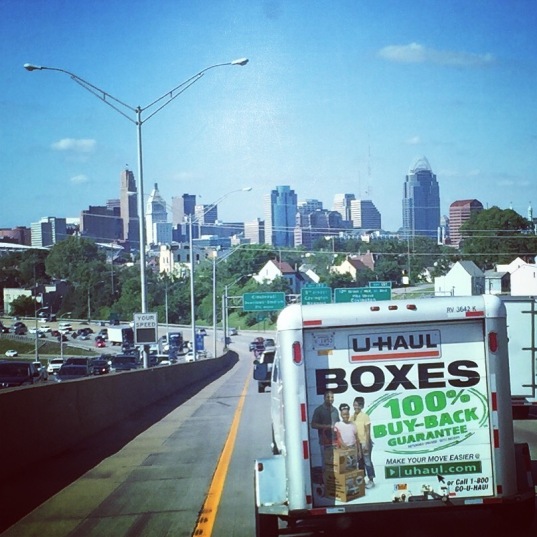 Our Queen City was a beautiful sight 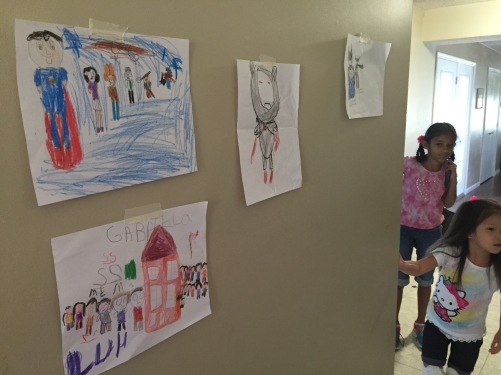 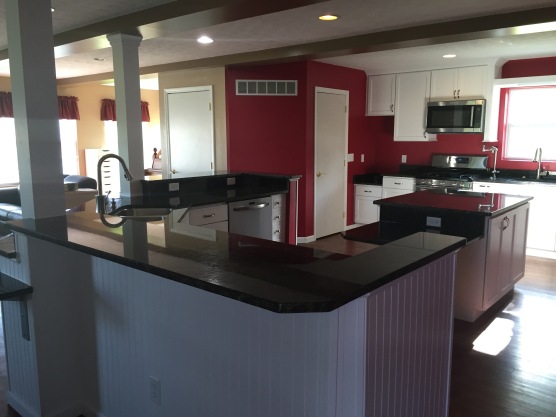 And our beautiful new kitchen was waiting for us! 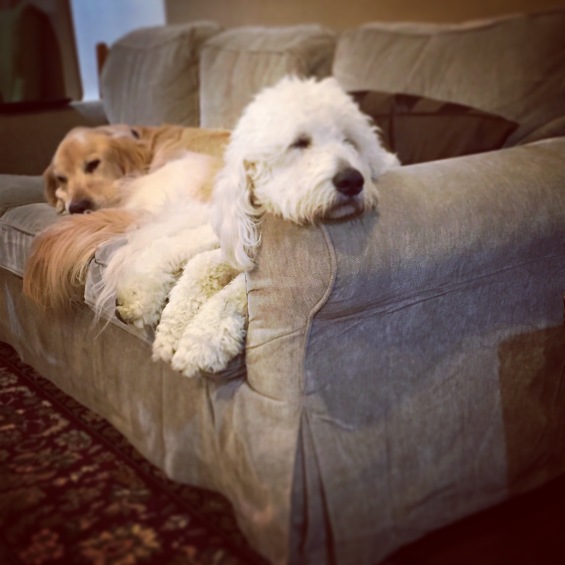 Our dogs were very happy to be home 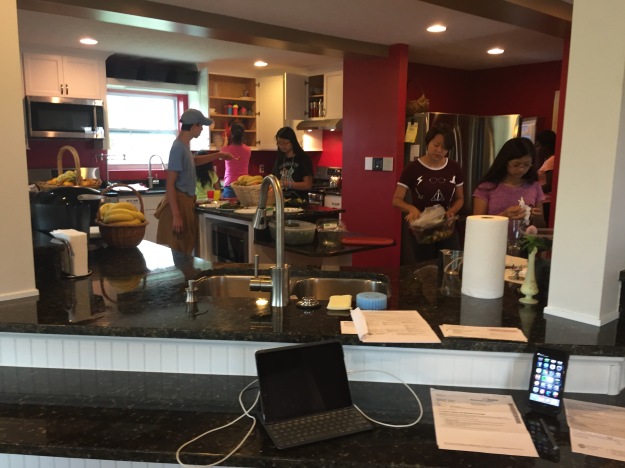 So many people making salads for lunch, and still room to spare! Scott’s little work station set up on the bar in the foreground 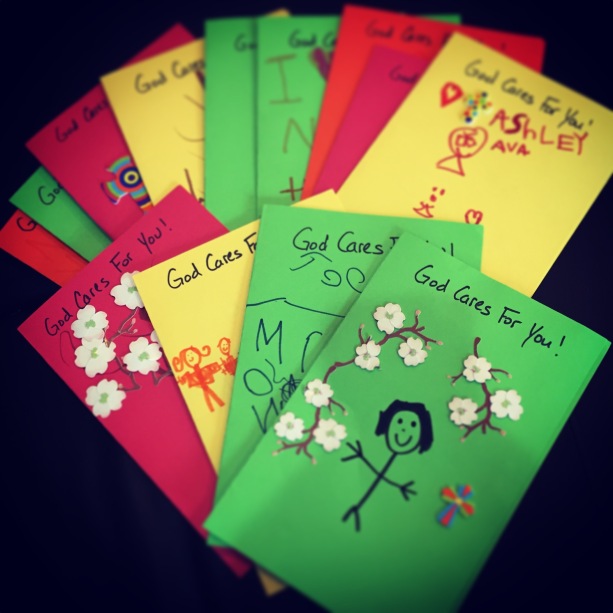 On one of Scott’s worst days, the mailman delivered a packet of cards made for Scott by our church’s Sunday school Kindergarten class